How to Fight Fair

In light of couple's retreat, I thought it would be helpful to give some tips for using conflict in your marriage. Before you know the rules of fighting, you must know that conflict is important to marriage. It’s like sandpaper that smooths all of our rough surfaces. If handled improperly, conflict can be more like a hacksaw that roughs us up. For that reason, it’s important to learn to embrace conflict and to learn how to do it well. After all, one of the greatest byproducts of marriage, is that it sharpens us to become more like Christ.

One Argument at a Time

Imagine this scenario: Husband forgets to put down the toilet seat. The wife instantly remembers every other thing that has ever made her mad at her husband. Rather than arguing about the toilet seat, they’re now having every other argument they’ve never finished. How can the poor unsuspecting husband “fix” any of this, if he doesn’t even know which fight to fight?

As you argue, and find other topics coming up, take a moment to write that topic down. This allows you to focus on the topic at hand, lets the other person know that this is important, and it’s a commitment to come back and take care of it later. If you notice arguments coming back up that you have already argued, that means it has not been resolved and must be readdressed.

It is important to know that the I feel portion of this should be followed by an emotion. Oftentimes I hear people say “I feel you’re doing such and such to me” rather than saying “I feel unimportant when you…” You see the difference there?

If you’re a couple that needs to take some space in the middle of an argument, this is what you should be doing in that space. Don’t just take space to go veg out somewhere. Use that time productively. Let the other person know that you need some space and when you intend to come back to the conversation.

If you’re that couple that has a hard time with taking turns to speak, it might be helpful to have an object that denotes whose turn it is to speak.

Validating the other person’s argument doesn’t mean you agree with them, it just means that you hear and understand their perspective. It’s magical what can happen when the other person feels that they have been heard, and it’s a little disarming. They no longer have to keep repeating themselves over and over again because they KNOW that they have been heard. Take turns being sure you understand one another right. Clarify for one another what they’re understanding well or what they’re missing. Once you both feel that you have been heard and understood correctly then you can move on to problem solving.

Work together to make a plan that works for both of you. Sometimes you can both have your way here. Sometimes one or the other of you will have to sacrifice. Make sure one of you isn’t just being the martyr who will give up their own desires for the other person only to be bitter and bring it back up later. You may have to revisit this step multiple times to come up with a permanent plan that really works for the husband and the wife.

Once you’ve come up with a solution that works for both parties, take it out on a test drive. Take note of what works and doesn’t work, and agree to check in at an appointed to time to reassess how the plan is working.

Remember, this is a lifetime journey. This argument was one sentence or paragraph of an entire anthology of your marriage story, not the end of the story. 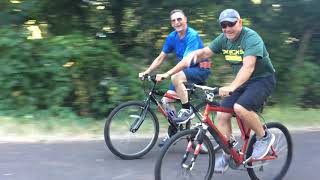